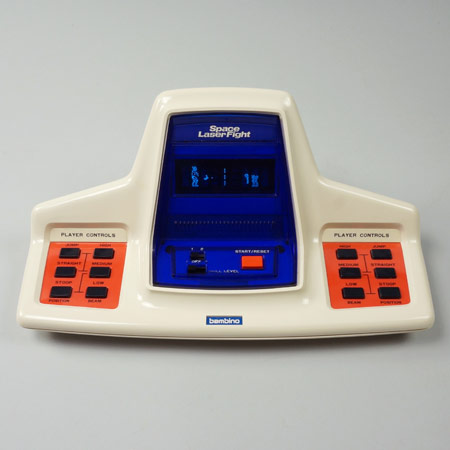 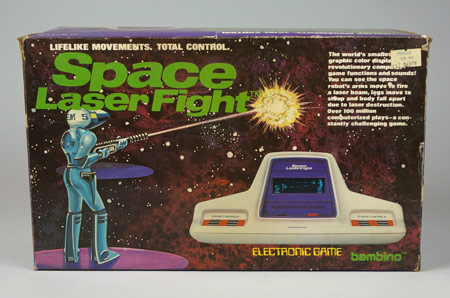 Again pictures from dealer catalogs. Now the differences are minor: 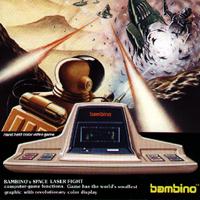 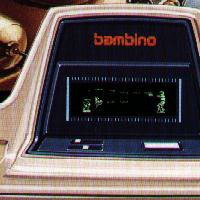 In 1979 they had a good impression of what the game would be like. Different colored buttons, but their shape and position stays. The figures in the display are first green, and later become blue. Position of the logo and other printed stuff varies. 1980 version shown (exactly) as released.