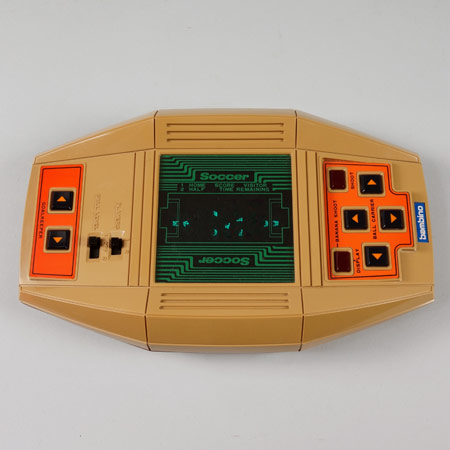 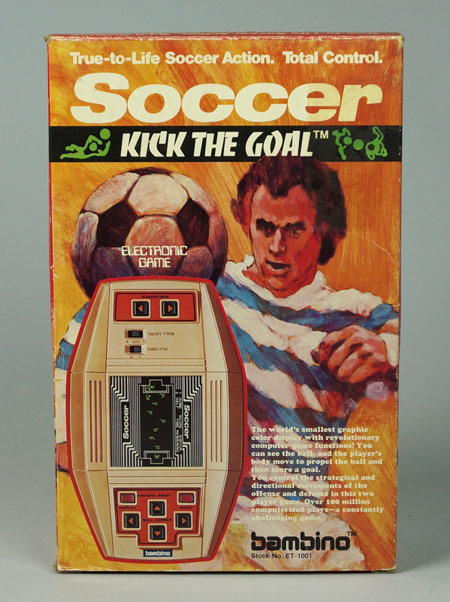 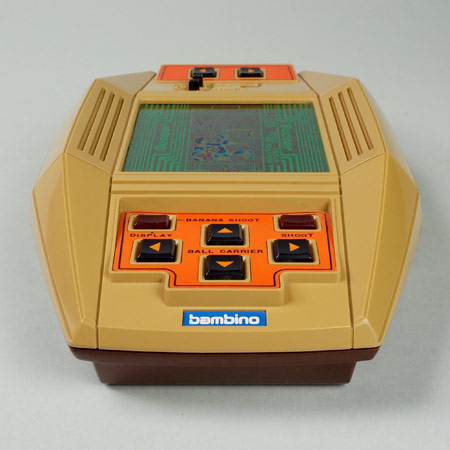 Another example of how Bambino introduced games that weren't ready yet. 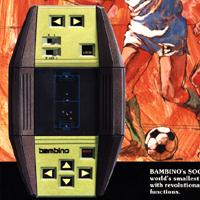 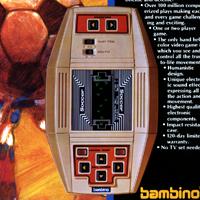 In 1979 all major parts had their shape and position. But later they chose the brown cover. The display has a realistic layout. The control buttons became final in 1980, in colors and detail. 1980 version shown (exactly) as released.

Here are some closeups of the screens: 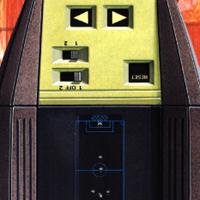 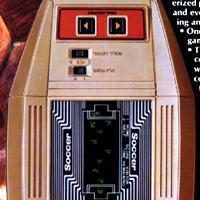